HNH Pedal to the Metal

HNH Pedal to the Medal aka Strut is loved and co-owned with Julian Data.

We are very happy to have Strut as part of our PSF family and breeding program.  Strut is a lovely dog with outstanding structure, lots of drive, good work ethic and a sweet loving personality.  Strut is an excellent performer in both agility and flyball.

Some words from Julian regarding Strut:

Strut. I mean, "WOW!" What can I say about him? First and foremost, a lot of people notice him because he is a looker and people come up to see him. It must be that unique 'flashness' that Mama Porsche brings and for certain that blue eye pulls people in. People ask if he is from such-and-such breeder and tell them he is from HNH. Thinking back, Strut/Stuffing never gave me the time of day but now he's a daddy's boy, thank God since it seems majority of the males are going to Mama! But that's not staying Strut won't work for anyone, in fact, he can and rightfully does!

Strut's training started when he was around 14 weeks old in which I applied lessons learned from ABCTC's pup seminar for an agility/performance dog. Sessions are short and sweet and they still are to this day. I don't train him much because there is no need. My original intent with him was to do agility and try him out in herding but I got hooked in flyball as well! That was so unexpected. We trained him flyball and he learned how do it real fast - he is very easy to train thus he got put on the team and showed. In such a short time, he already has titles in flyball - first weekend. He is like his mother and loves to race other dogs so with his trait and him being our fastest dog his position is the "anchor dog" - the last dog to tighten up the gap if we are behind. We've had some awesome races with him coming from behind and winning the heat. He has a lot of acceleration when he turns it on. This is just his first year in which he is enduring all of it (Pressure situations) and there's more left in him to get faster and to learn the game. People did take notice of him. Like flyball, in agility, people did notice as well. In fact, he was the last dog to run and everyone was watching! It starting to look like a trend... The same words that we hear time and time again, "that dog is fast.. he looks fast! Where did you get him?.." He is going to be an awesome dog to run in agility. He is very explosive and fast. He can be over the top at times at these venues and at times, he is trembling with excitement.

As for water.. Strut loves to swim! In fact, once in the water, he rarely leaves it as he is the last to leave it. On dry land, on trail walks, you can see him running ahead and then coming back to check in with us or the pack. And there's the off switch, on most days, you can find him sleeping upside in his crate or on his bed. He has a true off switch.

I love that guy to pieces!  Blu-doggie power!

Strut is available for stud to approved females 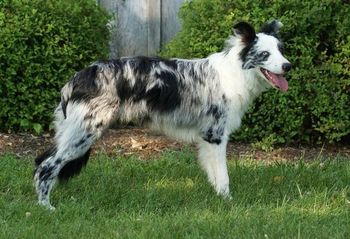 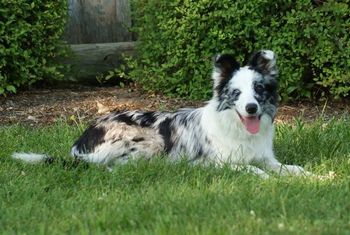 Photo taken by My Aim is True Photography 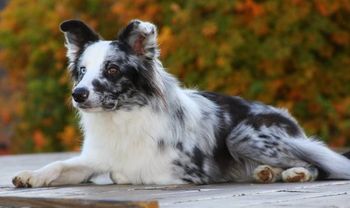 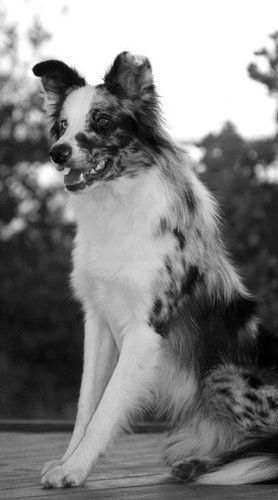 HNH Petal to the Metal, aka Strut

HNH Petal to the Metal